Canary speaks to journalist Rebecca Leber about how the ubiquitous term downplays the fossil fuel’s climate and pollution impacts.

Tackling climate change requires action, not just words. But the language we use influences what kind of action we take, and that has profound implications — especially in the case of natural gas.

“Natural gas” is the common name for the fossil fuel, composed almost entirely of methane, that produces electricity, heats homes and cooks food. It’s the largest source of electricity in the U.S., the heating fuel that Europe depends on a belligerent Russia to supply, and a major contributor to near-term global warming.

Despite mounting evidence that methane leaks into the atmosphere throughout its supply chain, and that combusting it in your home is bad for your health, it retains a glossy image in public perception. One reason for this is that methane does burn cleaner than coal, and gas plants did help push some coal plants out of business over the last decade, lowering U.S. electricity sector emissions.

But another potent factor in the enduring appeal of natural gas is the name itself, according to a recent article by Vox’s Rebecca Leber. Leber traces the origin of the term to the 19th century, when ​“nature’s gas” attracted consumers as a cleaner and cheaper way to light homes than other Industrial Revolution–era fuels.

The nickname stuck and happened to benefit from subsequent consumer attitudes that conflated ​“natural” with good and healthy attributes. Recent social science research has found that most people have a positive view of ​“natural gas,” and hardly anyone associates it with methane (even though it is methane).

The upshot: how people refer to this fossil fuel elides its negative qualities and makes it more palatable to the public. That plays into industry efforts to keep using methane in buildings and power plants, even as climate science calls for phasing it out. Even utilities that have promised to neutralize carbon emissions by midcentury have plans to build more gas plants in the next few years.

Some climate activists have switched to terms like ​“fossil gas,” ​“fracked gas,” ​“methane,” or simply ​“gas,” Leber notes. But a new consensus on the best term to use has yet to emerge.

At Canary Media, we write a lot about the fossil fuel commonly known as natural gas — you can’t cover the energy transition without talking about it — so I called up Leber to talk through the practical implications of her reporting. The conversation has been edited for brevity and clarity.

Julian Spector: You’ve dug into the history of the phrase ​“natural gas” and what effects it has on the public’s view of the subject. What do you think people should do going forward? Should we stop using that term?

Rebecca Leber: Basically, yes. There’s a lot of evidence that shows that this language biases the public to think that this fossil fuel is cleaner than it is.

It’s a clear example of how language can influence not only how we think about climate change but also how we act on it. In my story, I looked at a series of polls and also a fascinating Yale study published last fall that shows how just attaching the word ​“natural” to gas makes people think it’s a cleaner fuel. 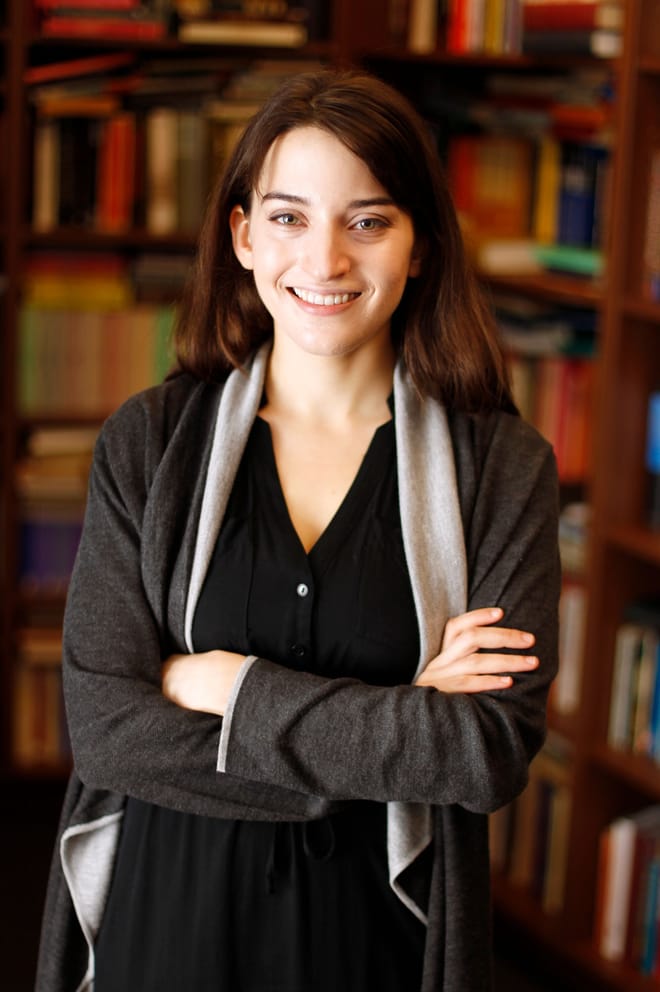 Spector: A lot of groups have their own ideas of what language we should use. How do you think media companies should evaluate the competing terminologies and make a decision about what’s in the public interest?

Leber: It’s always a challenge for writers because what most people are familiar with is ​“natural gas.” It’s hard to suddenly swap that out for other language.

But I think for journalists, the most important thing is to describe what natural gas is, rather than assume everyone knows that it’s methane, a powerful greenhouse gas that worsens climate change.

For the sake of clarity and accuracy, it’s most important to say that this is a fossil fuel. But there is debate over the best phrase to use instead. A lot of environmental groups have used either ​“fossil gas” or ​“fracked gas,” while some people like to say ​“methane gas.” I am trying to use the word ​“gas” and describe how this is mostly made up of methane and explain its contribution to climate change, rather than just repeat throughout a story the phrase ​“natural gas.”

Spector: That seems like a good call because there’s no clear consensus on a successor phrase. And it’s also unclear whose job it would be to decide that. If media reports that mention gas make sure that the reader knows that it’s a fossil fuel and contributes to climate change and provide other relevant context, that seems like a good way to navigate it.

Leber: The Yale study looked at how people generally viewed alternates like ​“methane” versus ​“fossil gas.” One interesting finding was that when you use ​“fossil gas,” Republicans view it more favorably than Democrats. So I think that there is a bit of a wrinkle in thinking about what alternative language is most useful here. And that’s why I come back to always defining what it actually means.

Spector: And then there’s the intelligibility question: if everyone knows ​“natural gas,” because that’s in common usage, and we start saying ​“methane gas,” readers might not connect the dots.

Leber: There are times that it’s hard to use a substitute. What I was trying to do in this piece was make an argument that it’s important for journalists, and anyone who works in this space, to be more intentional about their language, and also think about the context of these greenwashing campaigns rather than say, ​“You’re forever in the wrong using it.” I think that’s an important distinction.

Spector: When you researched the history of this term, was there anything that surprised you that has a bearing on today’s energy conversation?

Leber: The basic reason why we say ​“natural gas” is, back in the 1800s, there was coal gas that was essentially manufactured from coal. So natural gas, coming up from the ground, was seen as this natural alternative.

One thing that surprised me was how much newspapers of that era hailed it as this miracle transition fuel. Obviously, climate change was not a concern then. But even in the last couple of decades, gas was promoted by the industry and also just accepted by the press as a ​“cleaner” fossil fuel.

By looking at tons of newspaper ads and archived stories throughout the decades, I noticed a lot of parallels in how they brushed over the fact that gas does have an environmental footprint and a health footprint. Seeing it as this transition fuel from coal, that this was the answer to coal pollution — that is a debate that’s still happening.

This is all coming up again with the Ukraine crisis and discussion about how the U.S. and Europe rely on gas and gas exports to meet fuel needs. The context of these debates has changed a lot over the years. But surprisingly enough, the same arguments have cropped up throughout history.

Spector: So in the past, ​“natural gas” was the alternative to processed gas. In the same way that natural sugars are supposed to be healthier than processed sugars, natural gas was healthier than processed coal gas. Today, the language of ​“the cleaner-burning fuel” is pervasive; it shapes the narrative of where the electricity sector is going. So it’s great to look back on the history and be able to spot that deja vu.

Leber: One of the examples in the story is this 1930s ad from a Pennsylvania gas company that says ​“clean heat” and ​“healthful heat with gas.” It’s similar to language we see today, with companies that are even dropping the word ​“gas” from their name. NW Natural is one of these companies, showing the power of that word ​“natural” in camouflaging or concealing the true impact of gas’s footprint.

Spector: That’s a particularly funny one because it’s not even clear what the company is selling anymore. To wrap up, do you have any advice for readers who are trying to decide how they themselves should use this language? If someone is attached to the term ​“natural gas” and thinks that’s just the way we talk about it — are there any words you want to leave them with?

Leber: It’s more important than ever now, when most of the industry outreach is happening over social media, to always keep in mind that language can influence behavior and our attachment to certain ideas.

To give an example, there is a gas industry advocacy group called Natural Allies for a Clean Energy Future that runs ads on sites like Politico advertising gas as a solution to climate change. From that name alone, you would never guess that this is a gas industry group. The clean energy future that this group is pushing for is entirely dependent on gas dominance. Language is so important here for understanding these extensive PR and messaging campaigns at a more sophisticated level. That’s my argument if someone’s coming away skeptical of why any of this matters.

Spector: That’s a good point. The battle over language is already happening, and the industry is already spending money on it. So, at the very least, we should be aware of that and not proceed as if there isn’t any contest unfolding here.

Leber: There really is no way to just opt out of it. You can’t find a place where language is truly neutral. Every aspect of how we talk about climate change, from the very name ​“climate change,” has been a messaging battle. Gas is one of the most salient areas because we’re making these policy decisions in real time over the future of gas. It really does matter how we perceive it.