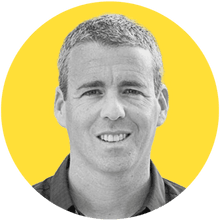 Michael Grunwald is writing a book for Simon & Schuster about how to feed the world without frying the world, and he’s co-host of Climavores, a new podcast about eating on a changing planet.

Grunwald a bestselling author and a former staff writer for The Boston Globe, The Washington Post, Time magazine and Politico Magazine. He has won the George Polk Award for national reporting, the Worth Bingham Prize for investigative reporting and many other journalism honors.

He is the author of two critically acclaimed books, The Swamp: The Everglades, Florida, and the Politics of Paradise, which was adapted for a PBS documentary, and The New New Deal: The Hidden Story of Change in the Obama Era, which spent four weeks on The New York Times bestseller list.

Grunwald is married to Cristina Dominguez, a lawyer and Ayurvedic counselor. They live in Miami with their son, Max, their daughter, Lina, and their deranged dogs, Cookie and Wags.

The Latest from Michael Grunwald