What does ​‘just transition’ really mean?

Here’s a primer on the term advocates use to describe the shift to a clean energy economy that benefits everyone.

What is a just transition?

To address the climate crisis, the world must rapidly shift from fossil fuels to clean energy. For this transition to be a just one, we need to repair the harms of the fossil-fuel economy and equitably distribute the benefits of the clean energy economy, so that no one is left behind.

A brief history of a just transition

U.S. labor organizer Tony Mazzocchi is thought to have pioneered the concept of a just transition in response to the unfair treatment of workers as stronger environmental regulations throughout the 1970s and ​’80s led to job losses in toxic U.S. industries.

For example, in 1987 the Environmental Protection Agency brokered an agreement with the Velsicol Chemical Corporation under which the company stopped selling chlordane and heptachlor, two pesticides linked to cancer, liver damage and seizures. Not long after, Velsicol closed one of its manufacturing plants, located in Marshall, Illinois, and laid off all of its hourly workers. The EPA designated the facility a Superfund site and dedicated more than $10 million to its cleanup. But the plant’s employees, Mazzocchi wrote in a rousing 1993 article, were ​“tossed onto the economic scrap heap.” 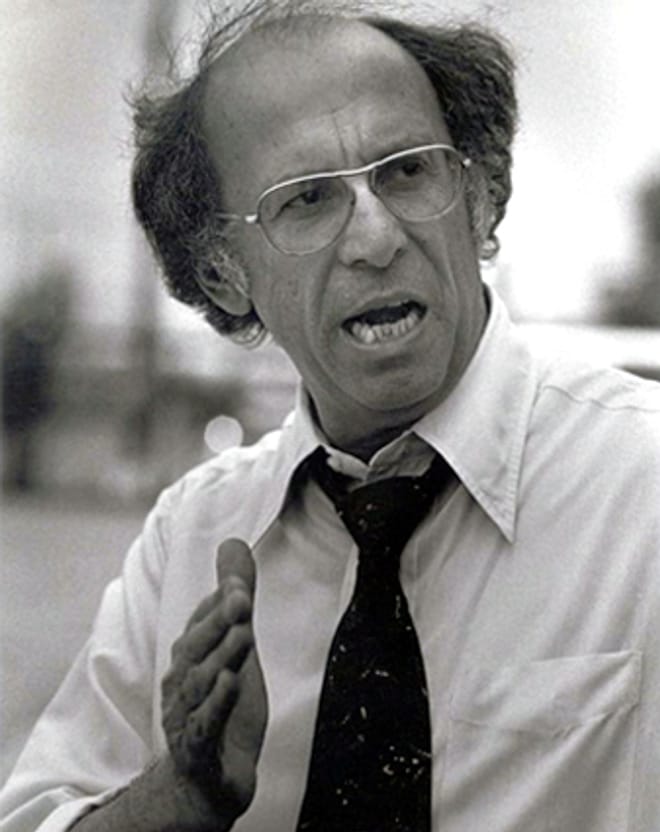 Paying people to make the transition from one kind of economy — from one kind of job — to another is not welfare. Those who work with toxic materials on a daily basis, who face the ever-present threat of death from explosions and fires, in order to provide the world with the energy and the materials it needs deserve a helping hand to make a new start in life.

The phrase ​“just transition” quickly took root among environmental justice advocates, who expanded the term to include support for communities who bear a disproportionate burden of industrial and fossil fuel pollution while being denied commensurate economic benefits. Among these are the low-income communities of color dwelling in sacrifice zones, where toxic air inflicts health problems such as asthma and high rates of cancer.

Today, as the clean energy economy gains momentum, a just transition is a rallying cry for fossil fuel workers and front-line communities. It has even taken on global resonance as countries with economies that rely on coal and other fossil fuels call for assistance from wealthier nations to help them switch to clean energy.

Crucially, the concept is as relevant to new industries in the energy transition as it is to old ones. The manufacturers of clean energy technologies can also exploit workers and communities — take, for example, forced Uyghur labor in China used to produce polysilicon, a key component of solar panels, and the often-problematic ways in which minerals integral to clean energy technologies are mined. A just transition also means improving conditions for those who work in or live near these industries.

“Transition is inevitable. Justice is not.” — A common refrain among advocates for a just transition

How to achieve a just transition

(This list is based on interviews with and publications by J. Mijin Cha of Occidental College, Sandeep Pai of the Center for Strategic and International Studies, and Heidi Binko of the Just Transition Fund.)

Different groups have different visions of what a just transition should look like for them and how to achieve it.

Here are three examples of communities in the U.S. navigating their own just transitions.

In Becker, Minnesota, diversifying the economy

Utility Xcel Energy plans to sequentially shut down the three generating units at the Sherburne County Generating Station (Sherco), a coal-fired power plant in Becker, Minnesota, in 2023, 2026 and 2030. The plant employs 300 people and contributes approximately three-quarters of the tax base in the town of 5,000.

City leaders started planning for this economic transition in 2016. With the help of state, federal and private funds, Becker has been investing in infrastructure improvements to attract new business. These include Northwest Metal Recycling, two trucking companies and Google, which is planning to locate a data center on land owned by Xcel. The utility has also proposed to develop the largest solar farm in the state, making use of Sherco’s existing grid interconnection.

In Navajo Nation, just transition funding from a utility

In 2021, the Navajo government, with support from grassroots groups, negotiated a proposed $144 million just transition package — the largest in the U.S. — from utility Arizona Public Service for communities affected by local coal plant closures. The Navajo Nation projected a $30 million to $50 million annual budget shortfall because of lost revenue related to burning coal. APS’ plan would have utility customers, rather than shareholders, pay for the majority of the settlement, which has led the Arizona Corporation Commission, the state’s utility regulator, to thus far withhold approval for all except $10 million for the Navajo. Advocates say that the just transition funds, if the commission eventually approves them, would go to improving basic infrastructure to form a foundation for economic development — paving roads and providing running water and electricity to homes — as well as increasing renewable energy projects and stimulating the growth of small businesses, including in farming and ranching.

In Brooklyn, New York, a vision for offshore wind

New York City officials finalized a deal in March to transform an underused marine terminal in Brooklyn into one of the largest offshore wind energy ports in the U.S. But community visioning for a ​“green port” started 10 years ago, according to Elizabeth Yeampierre, executive director of environmental justice nonprofit UPROSE.

Community members had feared that, if left unchecked, developers backing tech and luxury developments such as Industry City, already in their Sunset Park neighborhood, would displace them and their jobs, Yeampierre recalled.

Then a new opportunity came knocking. ​“We started getting calls from offshore wind companies from all over the world,” said Yeampierre. That included Equinor, a company UPROSE worked with and which is now one of the developers of the wind port.

The project includes local workforce training and provisions to contract with minority- and women-owned state businesses. Workers will assemble offshore wind turbines imported from Europe at the port, which is expected to start operating in 2026, creating 13,000 jobs and generating an average annual investment of $1.3 billion in the city.

For many advocates, a just transition encompasses not only support for displaced fossil fuel workers and front-line communities, but also a tectonic shift in the design of the economy. As the nonprofits Movement Generation and Climate Justice Alliance define it, a just transition means taking an extractive economy — one that exploits workers and resources — and transforming it into a regenerative economy — one that relies on renewable resources and puts people’s well-being before profit.

Movement Generation describes a strategic framework for a just transition that spans entire systems, not only energy and environment but also food, wealth and governance:

Just Transition initiatives shift the economy from dirty energy to energy democracy, from funding highways to expanding public transit, from incinerators and landfills to zero waste, from industrial food systems to food sovereignty, from gentrification to community land rights, and from rampant destructive development to ecosystem restoration. Core to a Just Transition is deep democracy in which workers and communities have control over the decisions that affect their daily lives.

Seen through this lens, a just transition has the potential to completely transform society.