Charging Up: A chat with Jodi White, CEO of BayWa r.e. Solar Systems

Jodi White is CEO at BayWa r.e. Solar Systems, a U.S. commercial and residential solar supplier. This interview has been edited and condensed for brevity. 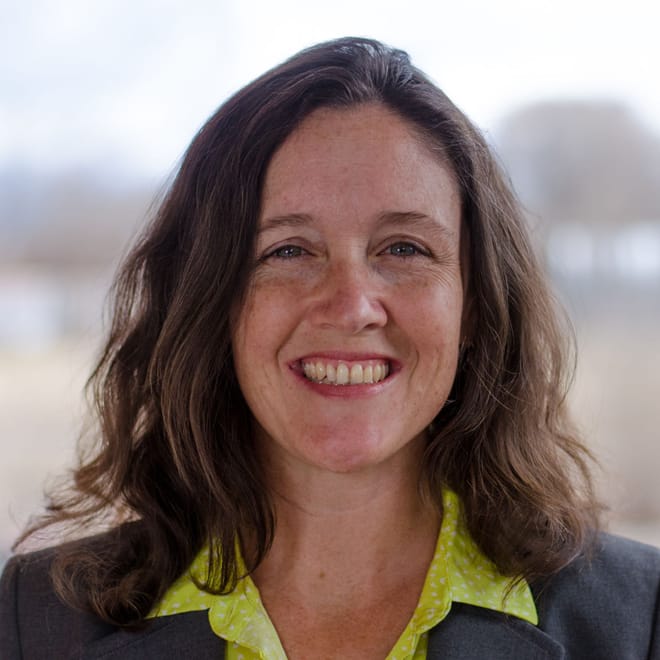 How did you end up on this career path?

I studied geology at Colorado College, and at that time, I thought I was on a path to becoming a teacher. My family and friends are as shocked as I am that I’m in my current position in the solar industry. This is the beauty I find in a life unfolding. I started my family young, and we moved to Santa Fe for support. I volunteered as a bookkeeper at my kids’ preschool and decided to get a master’s degree in accounting, which led me to apply to Dankoff Solar as a finance manager. That was 18 years ago and the start of my solar career path. Today, I’m humbled to be the CEO of BayWa r.e. Solar Systems, a leading distributor of solar and energy storage components, part of the BayWa r.e. family.

What’s the best piece of advice you’ve ever received?

From his book Think Again, Adam Grant’s advice to ​“build a challenge network” was a turning point for me in my personal development and growth. A challenge network is a group of individuals who are willing and able to tell you the truth in order to support you in becoming the best that you can be. They will not shy away from holding the mirror up for you so that you can see your blind spots. You trust them, and so you will listen carefully to what they say. Without these individuals, your growth and development will be slower and less impactful. I am so appreciative of the individuals who support my growth year after year, and I encourage young professionals to build their challenge network early on.

What is a barrier you faced, and how did you overcome it?

I have been in the solar industry for 18 years, and it’s still common for me to be the only woman present ​“at the table.” Early on in my career, I did not always have the confidence or the courage to have a voice at the table. Fortunately, I have worked with amazing male colleagues and mentors who respected my capabilities and my perspective, and made it a point to bring me into the conversation when I was quiet. I now see it as my responsibility to draw out dissenting views and quieter voices into the conversation.

What do you think are the most exciting new career opportunities in climatetech?

With all the change and growth in climatetech, the sheer volume of opportunity is really exciting. However, if I was starting my career or making a career change, I would seek out organizations and leaders who put their people first. You will have more opportunities for development, more support for finding your seat at the table and more fun.

What is your superpower?

Amber Janda, previously with Exaquest, is now co-founder and CTO of Tau Carbon, a nonprofit that conducts research to develop open-source technologies that will enable safe, sustainable and inexpensive long-term storage of carbon at the gigaton scale in the form of lignocellulosic biomass.

Maria Robinson is joining the Biden-Harris administration as the first director of the newly created Grid Deployment Office at the Department of Energy. Robinson was previously a Massachusetts state representative, serving the 73,000 residents of Framingham.

Jetta Wong is now senior advisor on climate in the U.S. General Services Administration, focused on electrifying and decarbonizing federal operations. Wong was previously with the Federation of American Scientists.

Aakriti Gupta, previously at EnergyHub, is now director of product marketing at Stem, a supplier of software for energy storage and energy management.

Shannon Geegan Katcher was promoted to VP of digital innovation at GTI Energy, a research and training organization focused on developing, scaling and deploying energy-transition solutions.

Sabina Russell is now VP of clean fuels at HTEC. In the role, she is responsible for development and operations of HTEC’s hydrogen production and liquefaction assets across North America.

Rachel Roseneck was promoted to director and co-lead of the energy practice at Kivvit, a Chicago-based public affairs firm and strategic advisory founded by Eric Sedler and David Axelrod in 2002.

Megha Lakhchaura is now Illinois’ first EV officer, appointed by Governor Pritzker to develop and implement state strategy around EVs and EV charging. Lakhchaura was previously at EVBox, and before that, Sunrun.

Jessie Audette Muniz, previously with Lightsource bp, has been hired as managing director for the mid-Atlantic region at solar project developer BlueWave Solar.

Solv Energy and Solar Energy International have partnered to create SEI Women in Solar, a program designed to uplift women who are considering careers in clean energy. According to the National Solar Jobs Census, women represented roughly 30 percent of the solar workforce in 2020.